The Agritechnica in Hannover closes with excellent results for SAUER BIBUS from Neu-Ulm. With increased visitor attendance in comparison to 2013, the manufacturer of hydraulic transmissions from South Germany reached an new record high. The accompanying great increase in the willingness to invest contributed to an overall positive conclusion. The Agritechnica thereby remains the most important trade fair for companies wanting to present their innovative range of products and services.

With great anticipation of how the professional audience would receive it, the decision-makers particularly looked forward to the presentation of the new drive system 'CompactDrive Automatic Shift'. Their response was extremely encouraging. Since developers consistently aim for improved drive and traction performance at reduced energy consumption, the positive resonance confirmed their success. The successful conclusion of several projects clearly indicate to Managing Director Ralf Schrempp that he has done everything right.

An additional drive was part of the System & Components at the Agritechnica. As a result of collaboration with the companies VREDO and ZUIDBERG TRANSMISSIONS, the presentation of the 440 kW drives impressively displayed the enormous technical know-how. Martin Kalter, Sales Engineer at ZUIDBERG, was visibly proud of what had been achieved.

The Neu-Ulm based companies are part of the globally operating BIBUS Group. In addition to the manufacture of their own products, SAUER BIBUS has made a name for itself as a system integrator of popular brands and customers value their expertise in every respect. As a sales partner to Danfoss since 2014, they have an especially strong, very high priority relationship. Jorgen M. Clausen, Owner and CEO of the Danish company emphasized the deep connection to the company, during the fair in Hannover.

Both domestic and international customers clearly signalised their image of SAUER BIBUS as an innovative and particularly sustainable partner, who they will also be able to rely upon in the future. This trust is based on the diversified and highly demanding requirements that are placed on drive systems.

And the high-performance drives must not only be energy efficient, but also satisfy the various requirements for off- and on-road operation. A large number of visitors conducted a lively discussion about the advantages and were impressed that the automatic adjustment of the power requirements allow for seamless switching. The special connection with this trade fair was further emphasized by the personal participation of the Agritechnica Project Manager Freya von Czettritz.

The planning for SAUER BIBUS's first appearance at the AMB 2020 in Stuttgart is already in full swing...

Successful Partners – AS Baugeräte and Unimog by Mercedes Benz 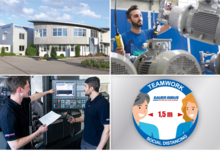 We would like to thank our customers, suppliers and employees for maintaining functional process chains even in Corona periods ...

"SHHARK" - The solution for plants with noise level problems 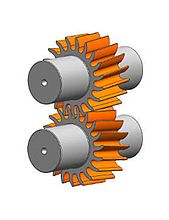 With this pump the noise level of your system can…